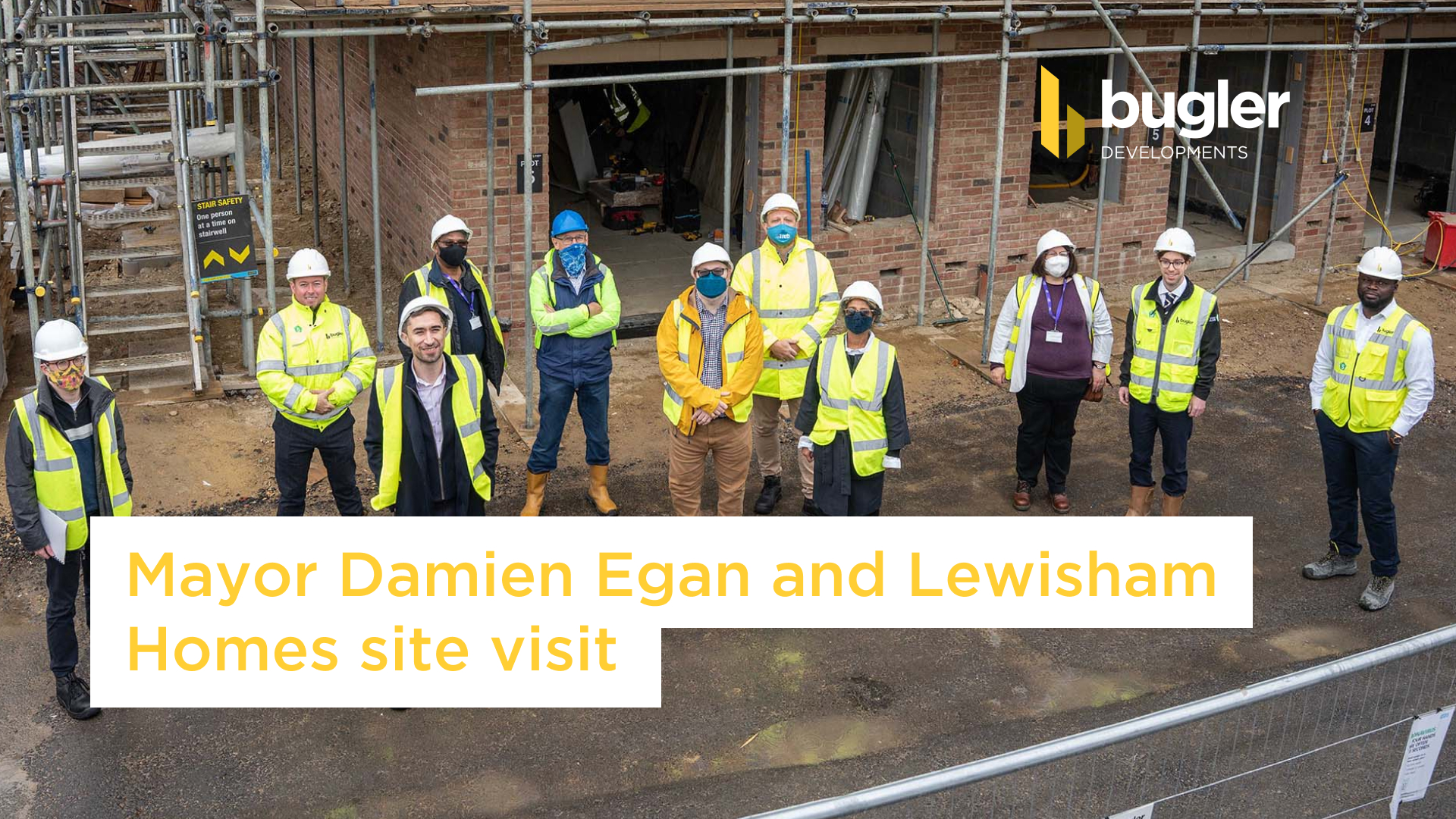 Last week, Mayor for Lewisham Damien Egan and a team of councillors and representatives from Lewisham Homes visited our Lewisham sites at Kenton Court and Wellington Close.

The visit followed the preceding week’s local elections, and Mayor Egan and the team from Lewisham were keen to see progress on sites across the London Borough.

The first Bugler site they visited was Kenton Court, our development of 25 apartments for affordable rent in Sydenham. The site is progressing well, with completion expected in January 2022.

The second Bugler site was Wellington Close in New Cross. This is a development for 20 apartments and three houses for London Affordable Rent, where the build has started recently and is expected to complete in July 2022.

The Bugler team would like to thank all who visited: 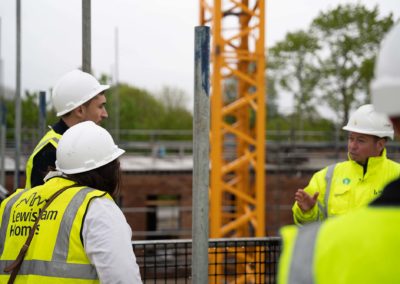 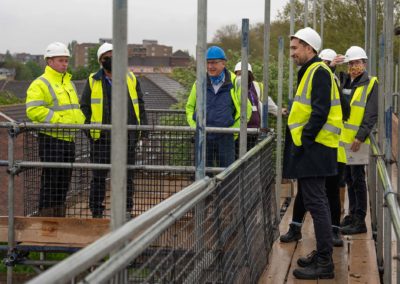 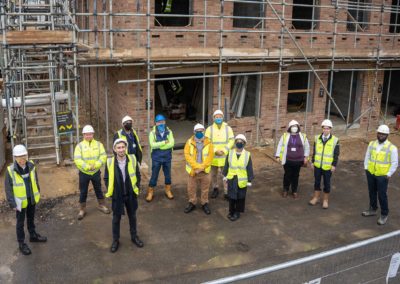 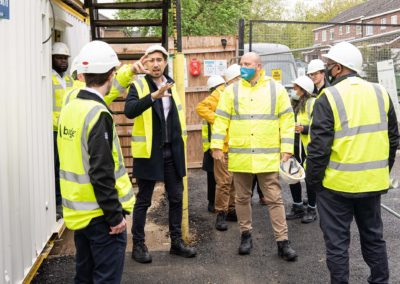 Mental Health in the Construction Industry 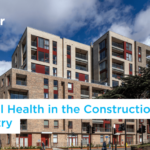 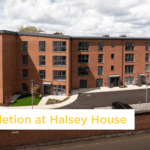